We provide a full range of services and products to both the plating and metal surface finishing industries delivered to your door. A team of experts with extensive experience is dedicated to assisting customers with finding cost effective solutions to their needs. Products are sourced from both local and foreign suppliers as well as those produced at our Johannesburg factory.

Our team is available to assist with your polishing and abrasives needs. We stock a full range of polishing buffs and compounds, abrasives and polishing machines and accessories.

Our team is available to assist with choosing the right solution to get the job done – quickly and cost effectively.

We are equipped to provide electroplaters with a full range of services and advice ranging from turnkey plant installations to day to day operational issues. Our technical representatives are backed up by a fully fledged laboratory using the latest in analytical equipment. From hardchrome to zinc alloy, from plating on plastic to the PC market, we have the products and technical know how to give you and your business the inside edge.

Being the sole distributor in South Africa and surrounding territories of the cutting edge range offered by MacDermid Enthone Industrial Solutions enables us to extend to you an array of products that address the full range of plating needs, incorporating the latest in environmentally friendly technology. This relationship means our locally offered solutions have the backing of the international MacDermid technical team.

As part of our service to you we offer a comprehensive range of products to the industry ranging from chemistry to plant and accessories to day to day consumables. From rectifiers to heaters, catalysts to spray suppressants, protective clothing to laboratory testing media, we are ready to serve you.

Please contact us for more information about our product range and quantities available for our plating and surface finishing products. We are able to give personal advise for your needs. For technical information please go to https://industrial.macdermidenthone.com/products-and-applications 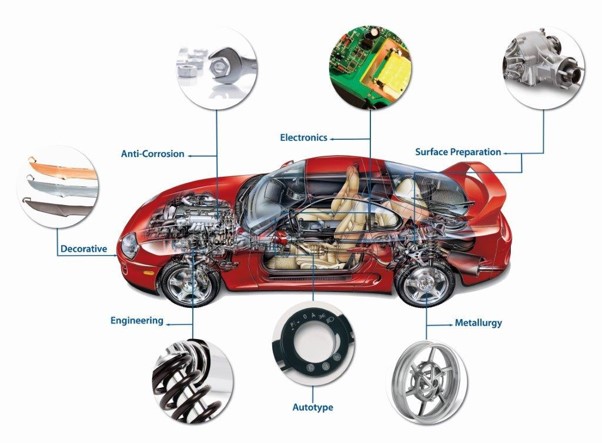 As part of our service to you we offer a comprehensive range of plating, ancillary and surface finishing products to the industry. We supply basic chemicals & metals, a range of rectifiers & heaters, filtration equipment, anodes, test equipment and PPE. Our quality products are sourced both locally and internationally at competitive prices.

The importance of perfect cleaning cannot be over emphasized, since the efficiency of any operation depends on the adhesion of the deposited metal. Of the various processes formulated to give a clean surface suitable for plating, none is more important than the removal of grease, oil and soils left from machining, stamping, pressing or polishing. Plating on a dirty surface will result in peeling and/or blistering of the deposit.
The pre-treatment process prior to plating usually consists of hot alkaline cleaning – normally a hot soak cleaner followed by a hot electrolytic cleaner. After rinsing the articles to be plated are immersed in a dry acid salt to remove any oxide film that has formed during the cleaning stages. The articles are then rinsed again before being electroplated.

Hard chrome is the hardest of the commonly deposited metals. It is used as a wear resistant coating on steel and a wide variety of other metals. Hard chrome differs from other chromium plating processes, not just because of it use but also because of the thickness of the deposit applied. A typical hard chrome deposit is between 5 – 100 microns. Typical components plated in hard chrome are printing cylinders, engine valves and hydraulic parts.

Electroless Nickel plating is the deposition of a nickel alloy by use of a chemical reduction process – no electrical current is applied. The most common Electroless Nickel deposits are alloys of nickel phosphorus with a typical phosphorus content of 2-14%. Other nickel alloys can be achieved using alternative reducing agents. Composite coatings of electroless nickel phosphorus can be obtained, the most common being electroless nickel / PTFE. These coatings are typically for applications whereby low friction and release properties are required. Other materials can be incorporated into electroless nickel such as carbides and diamond, these are used in cutting and grinding operations.

Zinc and Zinc alloys provide high performance cost effective coatings which together with trivalent chromium based passivates and organic top coats provide excellent corrosion resistance to steel based components. These coatings are protected by a mechanism of sacrificial protection. The zinc/ zinc alloy coating corroding preferentially to the substrate. The initial attack on the zinc/ zinc alloy coating is inhibited by the passivate/ organic top coat layers which inhibits the formation of white rust. This multi-layer approach provides excellent corrosion performance and has many automotive companies approvals. All of these systems are covered by the MacDermid Enthone Zinklad Automotive Corrosion programme. 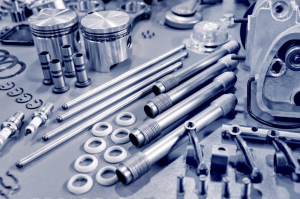 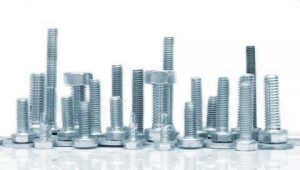 Anodic oxidation is commonly used for the production of protective and decorative films on aluminium. In the anodising process, the thin film of aluminium oxide that forms naturally on the surface providing some degree of corrosion protection for the underlying aluminium is increased to a substantially greater thickness. In anodising, the articles are made anodic and the oxygen liberated at the anode surface results in the formation of a coherent oxide film which is very adherent to the base metal.

Anodising provides an attractive decorative finish on variety of aluminium articles. A bright, semi bright or matt effect can be obtained depending on the initial surface condition and alloy composition. A wide range of dye colours are also available for decorative anodised parts.

This term of anodising refers to thick film anodic films greater than 25 microns, which are necessary to meet the severe conditions of outdoor exposure.

The normal anodic film produced by sulphuric anodising is fairly hard and wear resistant. However, harder and thicker films can be produced for engineering applications by adjusting the anodising conditions.

Historically, chromic acid anodising has been used for this purpose however due to the drive of eliminating the use of chromic acid from finishing processes, Tartaric systems are now being specified.

Phosphate coatings have a wide field of applications in the manufacturing industry. These coatings consist of layers of crystalline, water insoluble metal phosphates varying in crystal size depending on the:

The major applications for phosphate treatments fall into the following four areas:

The pre-treatment of surfaces to be painted, E-coated or powder coated in order to provide improved coating adhesion and reduce the development of lateral corrosion under organic coatings.

The type of phosphate employed is usually determined by the degree of corrosion resistance specified. For maximum protection the coatings are normally sealed, passivated or coated in an oil or grease.

Phosphate coatings can be used as efficient lubricant carriers to provide wear resistance to sliding surfaces.

Phosphate coatings can act either on their own or by carrying a suitable lubricant as a production aid in cold metal working operations such as cold forming and wire drawing. In these instances, the phosphate coating is applied to the raw metal rather than the finished article.

BlueKote 2000 is a replacement for phosphate in the treatment of steel components. Over the last few years, there has been a movement to eliminate phosphate processes from surface finishing companies. In some countries you are not allowed to discharge phosphates into the waste system. Phosphates promote plant growth in rivers as well as creates large amounts of sludge which have to be treated and then sent for disposal.

BlueKote 2000 is a phosphate free conversion coating for steel. This system is reliable, easy to handle and environmentally friendly. It was developed to be a pre-treatment of steel prior to powder coat, wet paint and electrophoretic paint. The BlueKote 2000 can be used in existing systems without plant changes and it is very economical to run.

Plating on Plastics is the term used for the method of depositing metals onto non-conductive plastic components by means of electroplating. This process is achieved by first etching the plastic surface to produce a rough topography which will produce a strong bond with the deposited metals. The etched surface is then treated with a metal activator which provides a seed for the deposition of a thin layer of nickel or copper from an electroless plating solution. Once the nickel or copper deposit has been applied, the component is now conductive and can be processed by conventional electroplating techniques. 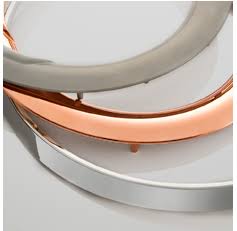 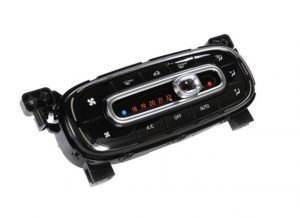 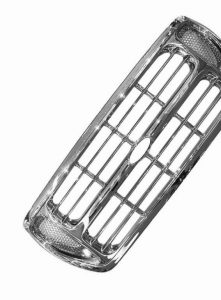 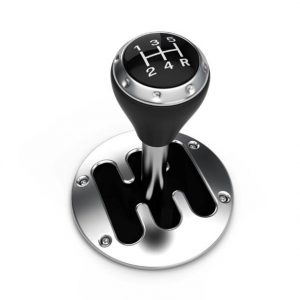 In recent years, the use of plastic has become a very contentious subject globally. Huge amounts of plastic being found in seas and major waterways has a crippling effect on marine life.  Recycling of plastic is a major contributor in reducing the amount of plastic discarded. PET or Polyethylene Terephthalate is a strong but lightweight material used to make containers for drinks, personal healthcare, other food and non- food applications. PET is fully recyclable using a multi-stage process. 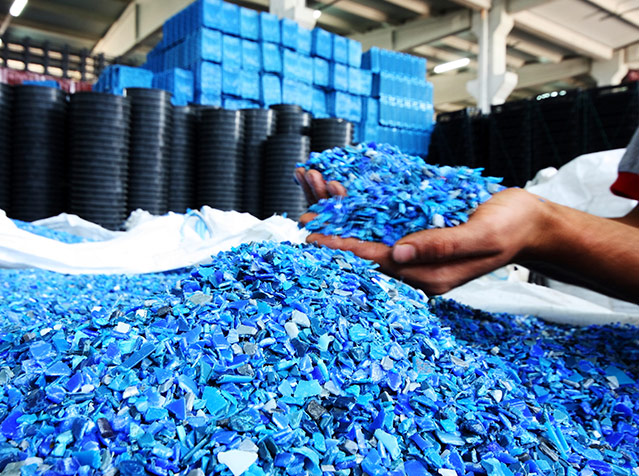 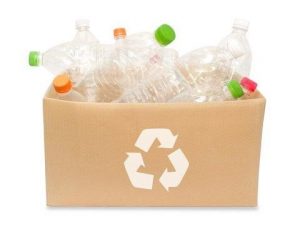 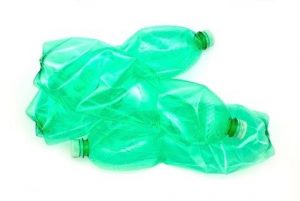 Media is selected to provide fast cutting, deburring, smoothing, burnishing and polishing finishes. A whole range of ceramic, resin and steel media is available in various shapes and sizes. 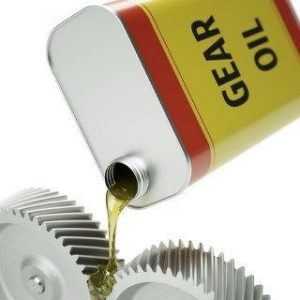 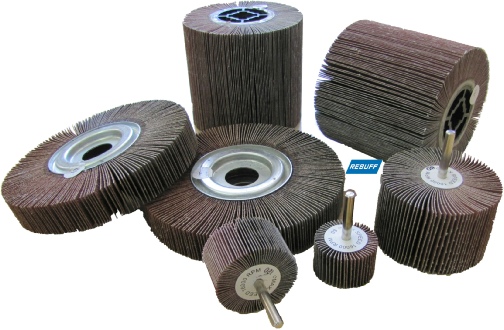 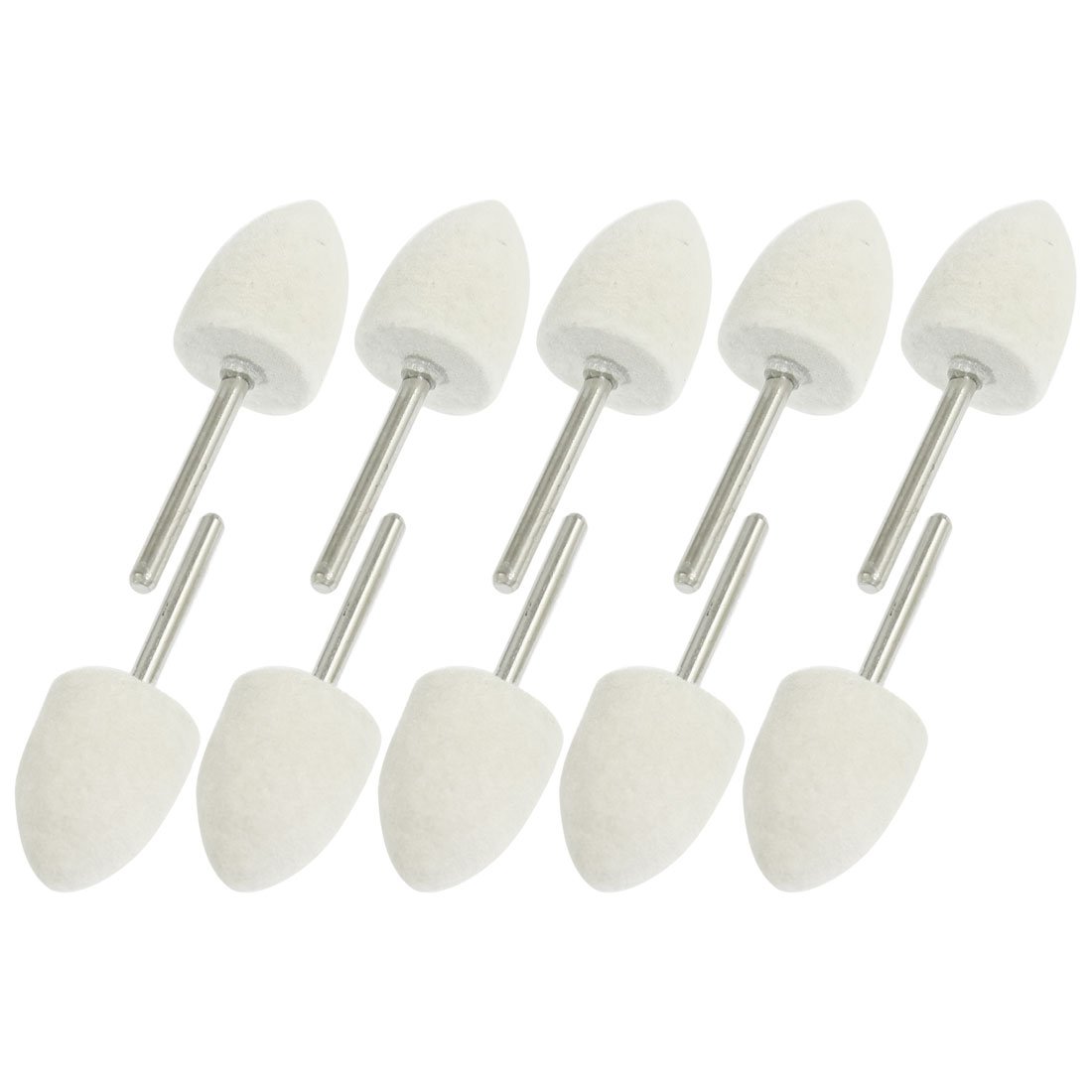 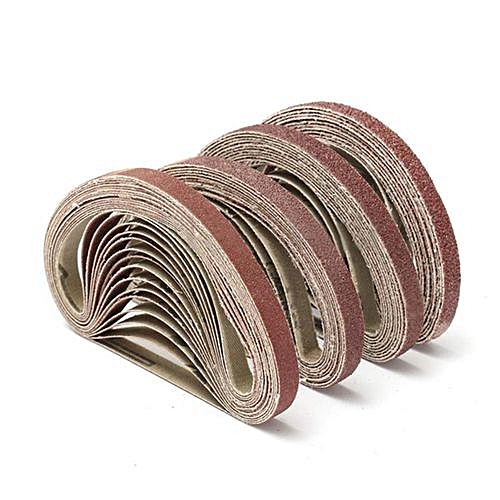 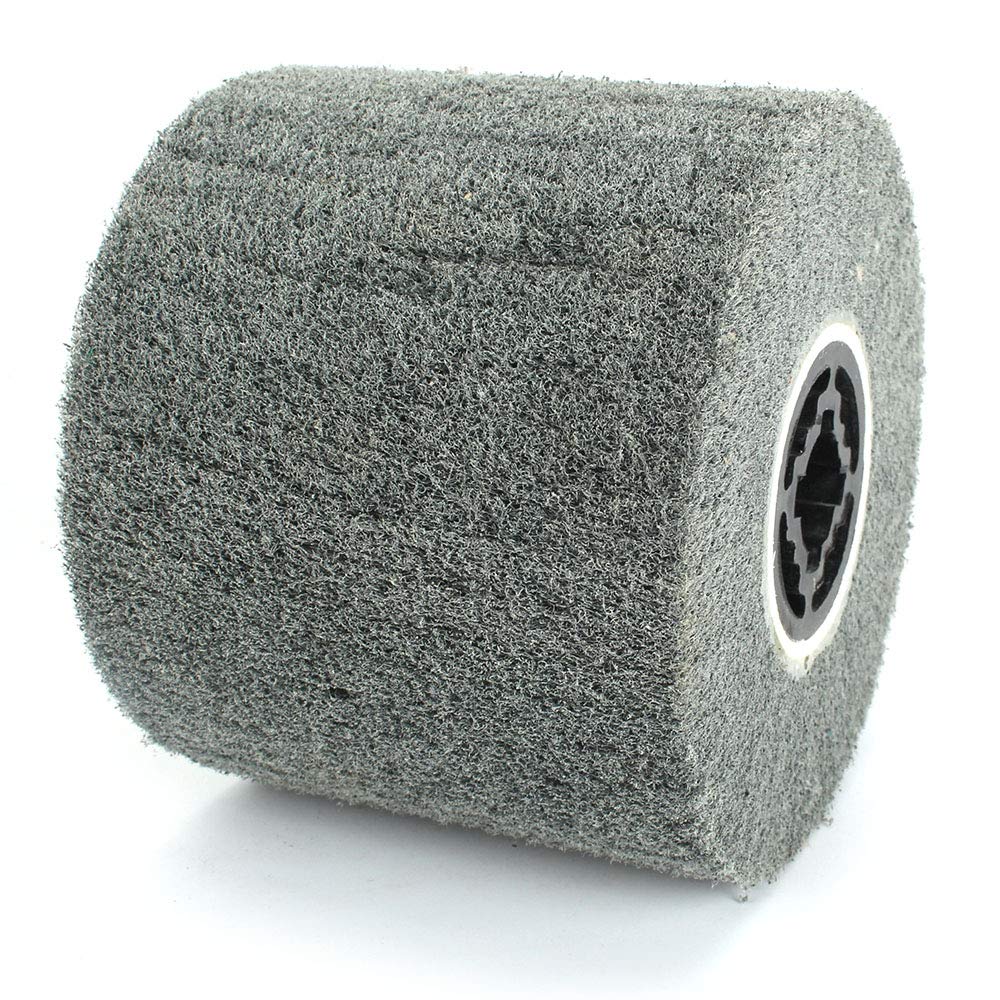 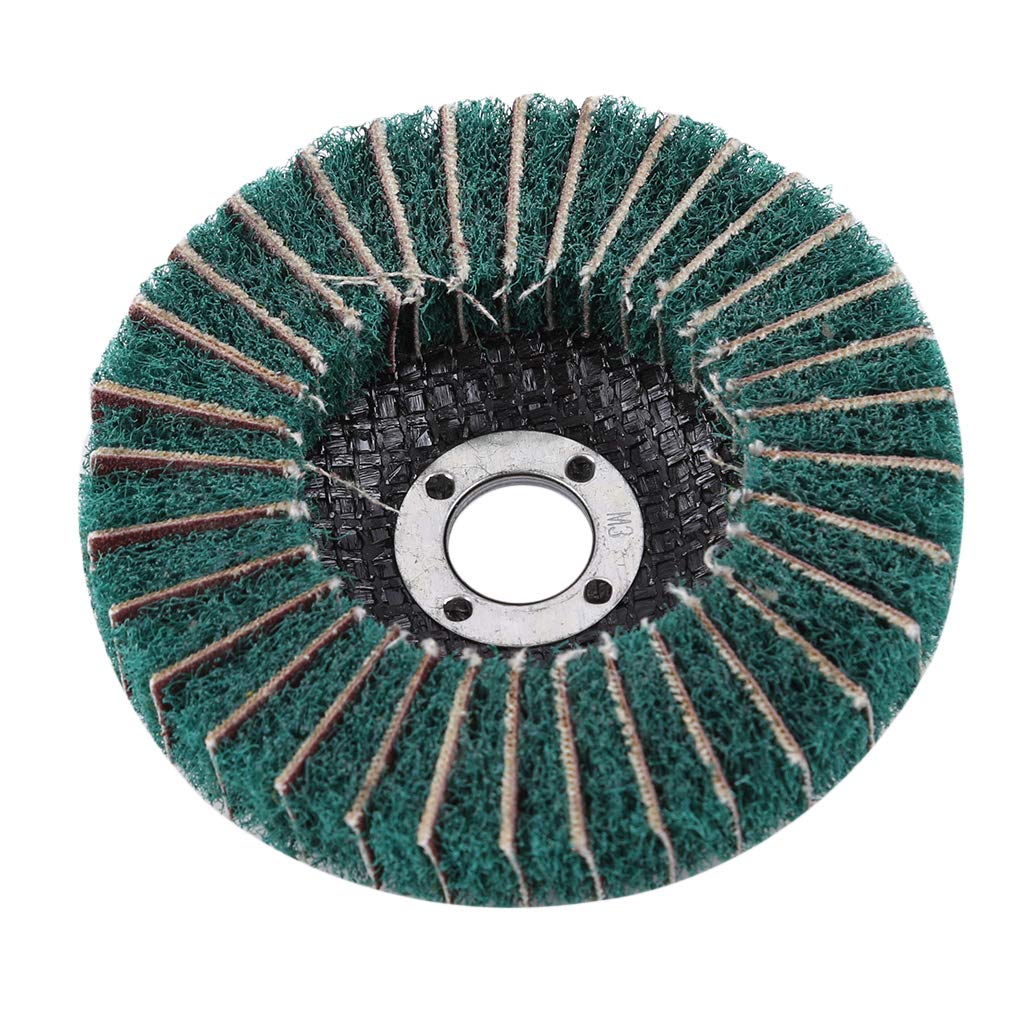 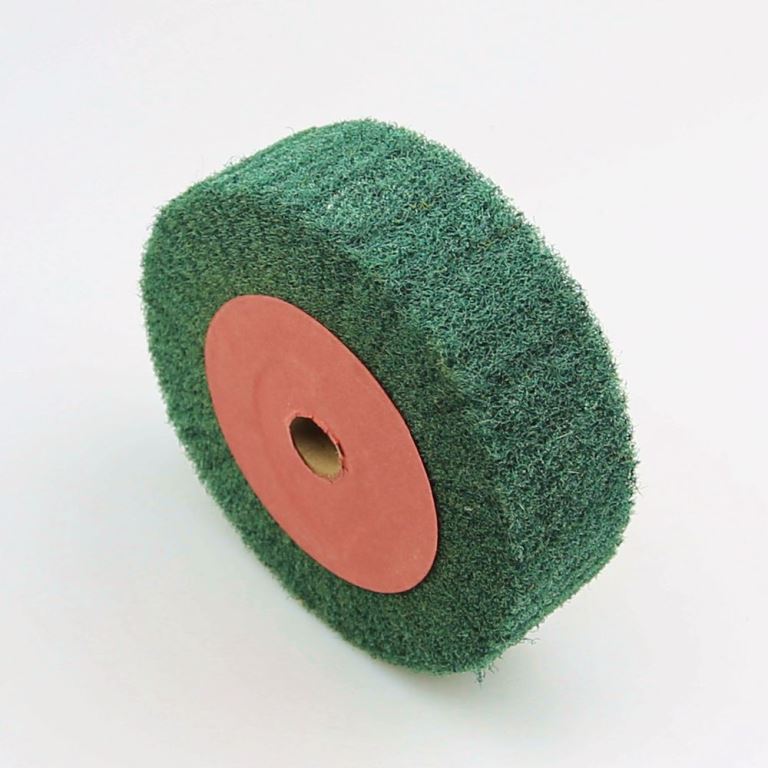 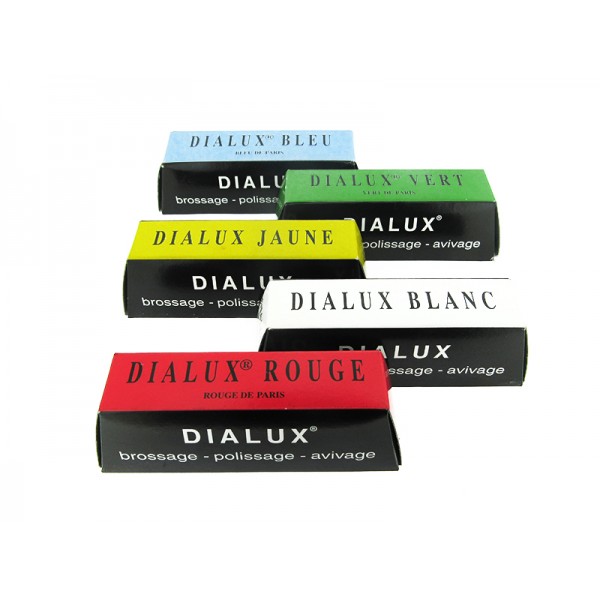 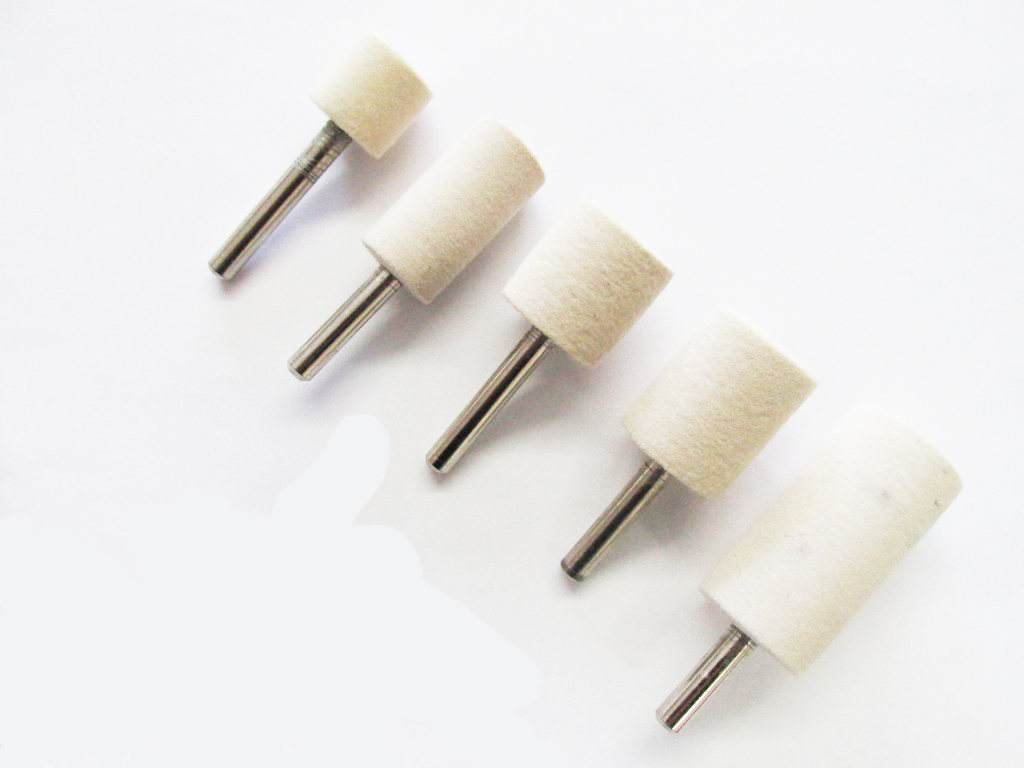 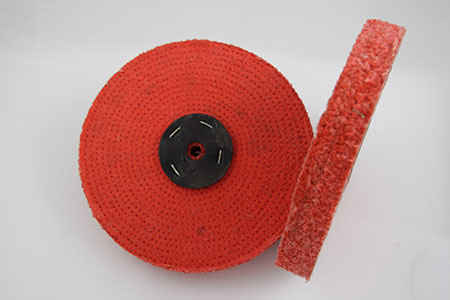 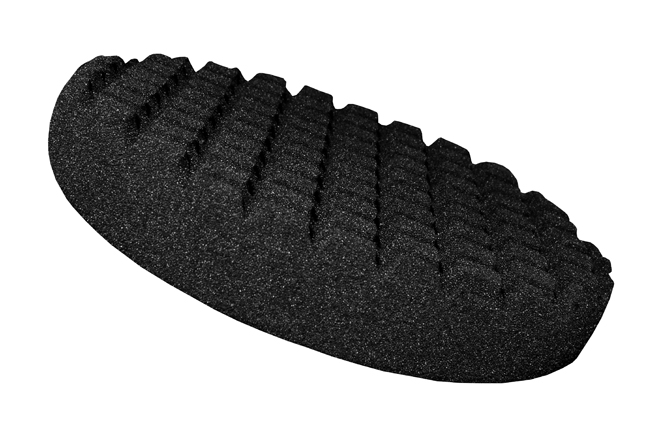 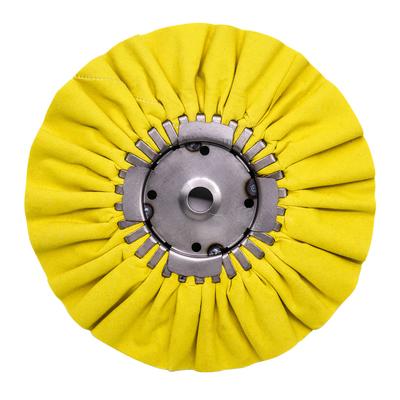